Le Puy du Fou is a historical theme park located 35 km (35 minute journey) from LE CELADON. It is well known outside of France having been elected the “Best Park in the World” several times.

A complete immersion into the Past 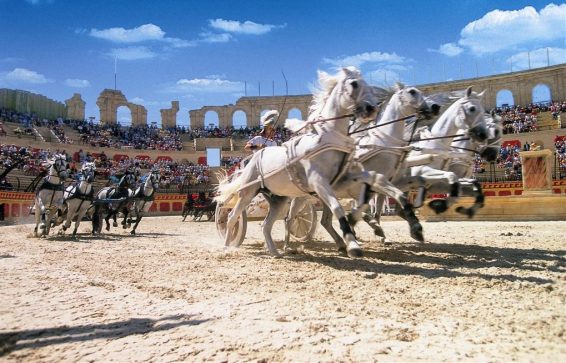 Le Puy du Fou’s park covers a hill where a fortress used to stand. It offers an alternative insight into history via incredibly dynamic costumed performances.

Le Puy du Fou is based entirely on shows. Therefore, you must obtain the times for them for the day of your visit at the entrance to the park or at the site. You can buy your tickets online in advance in order to avoid queues.

The park immerses you into four thematic zones that constitute “villages”: the Fortress in Year 1000, the Medieval Town, the 18th century Village and the Town in 1900.

Eight “major shows” are organised there several times a day: 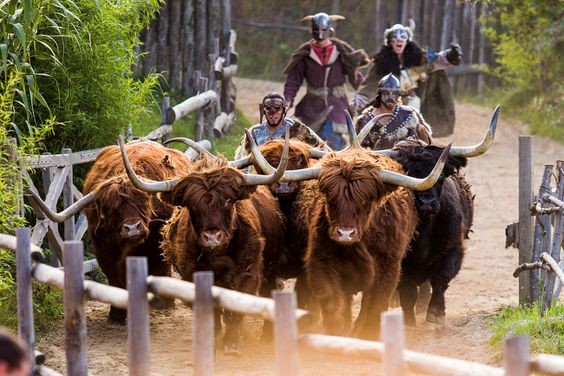 Walks in the Park

Le Puy du Fou park also offers many other experiences that can be enjoyed according to your wishes as you make your way around the park:

In addition to the performances, on certain days (special ticket and reservation required) the Cinescénie offers a major night-time show that lasts 1 hour and 40 minutes. It is generally organised on Friday and Saturday evenings from June to September. Because of the high demand, it is generally advised to book well in advance (from January).

La Cinescénie, a major night-time show portrays the saga of a Vendean family from the Middle Ages through to the 20th century. More than 2,000 volunteers take part in it on a stage covering 23 hectares. Magnificent shows, epic adventures and big thrills for all the family await you at the Puy du Fou.